We are here to provide 100% services to our customer

Tube vs Tubeless Tyres; Which ones smoother while Driving

Tyres have always played an important role in our daily life. We may not know it, but they have significant power over how our day passes. A single puncture or problem can leave us stuck for hours and completely ruin our daily plans.

It is therefore not surprising that tyre manufacturers are constantly trying to improve modern tyres to make them even more robust, durable and comfortable. As an auto craze famous country, the tubeless tyres in Dubai, are in fact a product of these efforts and have been touted as the new tyres designed to replace the old tubulars. What makes them better and why is the demand for tubeless tyres increasing? The answer to these questions lies in the differences.

A man named Philip Strauss invented the much-needed combination of a tyre and an air-filled tube in 1911 that he made it possible to commercially produce tyres for use in automobiles.

These principles, which Mr. Strauss applied in 1911, formed the essence of modern tubular tyres. For the next 50 years, almost all tyres were equipped with a tube that, when filled with air, gave the tyres a smooth damping quality. The air-filled tube presses against the outer tyre and gives it its characteristic round shape and the necessary support.

Although revolutionary, these tubular tyres were known for their drawbacks. The presence of the tube meant that the tyre was brittle and if you were unlucky enough to walk on a nail or sharp object, the resulting flat tyre would cause rapid air loss and the tube would completely collapse.  Although there is a very low rate of tyres in Dubai or other modern countries being flat or punctured. As soon as a puncture occurs, air escapes through the space between the tube and the tyre, while the valve, which is directly connected to the inner tube, is completely absorbed by the tyre.

Another risk factor with tubular tyres would be tube fit. It is very important that it fits the case perfectly. If the hose is too large, it can kink and cause premature failure. If the tube is too small, it can be stretched too far, increasing the risk of it breaking.

Here is a list of the risks associated with using tubular tubes and tyres:

Size of wrong hose (and / or flap, if present).

Increased heat / overheating due to friction between tyre and tube.

Sudden loss of air pressure when hose is punctured.

A rim tape or flap may be required to protect the tube.

Higher weight due to the presence of the hose, which reduces fuel consumption

High speed instability due to the presence of the hose.

A hose can have uneven pressure that can shake the car, even at high speeds.

Deflates the air immediately and increases the risk of punctures and accidents due to loss of control.

Despite the disadvantages, tubular tyres have certain advantages over tubeless tyres. First, they cost less than their counterparts and can be arranged for peanuts. The tyre is also generally made of a soft compound, which means that mostly these tyres in Dubai or modern world are the best in the business in terms of grip on the road surface.

These tyres are also very suitable for spoked wheels. The attachment of the tyre to the wheels of tubular tyres is not exactly watertight, as the tube already does. Spoked bikes always prefer to ride on tubular tyres as the spoke tension affects the wheel, making tubeless tyres more likely to leak air.

At the latest, the demand for tubeless tyres in Dubai and the other auto famous countries has increased tremendously. The two- and four-wheel vehicle industries around the world increasingly tend to offer tubeless tyres. Let's find out how the tubeless version differs from the tubular version and what the advantages are.

As the name suggests, the tubeless version does not have a separate tube in the tyre. These tyres have an inner part of the tyre that forms the inner lining, and the air is in an airtight arrangement between the wheel and the tyre.

Tubeless tyres perfectly match the special raised edge (hump) of tubeless rims, helping to create a tight seal. This means that no special inner edges or rim tape are required. These tyres are so compact in terms of carcass and rubber composition that the pressure loss through the pores is almost negligible.

The valve of tubeless tyres is fixed directly to the rim with the help of a special rubber gasket. A big advantage of tubeless tyres is simply the lack of a tube. Since they are missing a tube, if there is a leak in the housing, they will lose air very gradually. As a result, the driving behavior and stability of the vehicle do not suffer as much in the event of a puncture, as there is no rapid loss of tyre pressure. This is a big step forward in terms of tyre safety.

Tubeless punctures can often be repaired by applying a tyre plaster to the inside of the carcass, with puncture repair strips or, in the case of severe damage, by vulcanizing.

The world for Auto Industry knows well about their potential customer’s demands; In face of modern roads, tyres in Dubai or UAE and other developed countries are mostly tubeless tyres.

Higher air pressure: Tubeless tyres are definitely better at handling punctures than tube tyres. They offer much better resistance and when a tubeless tyre is punctured, it won't lose air pressure as fast as a tubular tyre. The valve also remains intact. The air comes out slowly, allowing the vehicle to travel a reasonable enough distance to get to the place where the flat tyre can be repaired. This is simply because the air is trapped in the tyre itself rather than in a tube.

Safer with punctures: If an object punctures the tread and inner liner, air only escapes around the nail and the valve remains intact. Tubeless tyres can also be filled with liquid sealants, which help temporarily repair a puncture once it occurs.

Less sensitive to pressure changes - This is simply because a thin hose cannot burst.

More fuel economy - Tubeless tyres save less fuel because they are lighter.

High durability and longevity - Since there is no inner tube and the tyre must be made of a harder compound, tubeless tyres offer significantly higher resistance to bumps and cuts. In comparison, they last longer and offer better value for money.

More safety at high speed: Since they do not go flat immediately, tubeless tyres are much safer at high speeds as the lack of a tube reduces the risk of blowouts and accidents caused by loss of control. Unlike tubular tyres, the air pressure remains constant throughout the tyre, ensuring greater stability at high speeds.

Nitrogen Gas Compatible: Instead of normal air, you can also opt for Nitrogen gas for tubeless tyres.

Low pressure: As there is no possibility of the camera being trapped with the wheel, as is the case with tubular ones.

The benefits that tubeless tyres have brought to the table justify the tyre industry's continued push to push the boundaries of tyre manufacturing. In modern world especially in Dubai Tubeless tyres alone changed the way we interact with tyres and increased the comfort we now use with our tyres. For this very reason, companies now see airless tyres as the next big thing. These tyres, if commercially viable, would completely remove tyres from the equation, making a big difference to the centuries-old relationship between humans and tyres.

tubular tyres are valve and rim tyres. Tubular tyres have a tube between the rim and the tyre. It is in this tube that the air is filled. In the event of a puncture, the tube immediately leaks air and the tyre is punctured. This tube is shaped like a donut and is made of rubber. It has a valve that sticks out through a hole in the rim. To repair a faulty tube, it must be completely removed from the tyre and rim. If a nail pierces the tyre tread, the tube can suffer multiple punctures as the tube deflates and rotates on the rim. Tubeless tyres are tubeless tyres. The tyre is constructed in such a way that it can hold air. It does not require a tube in it. The rim and rim assembly forms an air reservoir for the compressed air in the assembly. The tyre has an airtight halo or Chornobyl coating on the inside. Together with the airtight connection between the tyre and the wheel, the membrane forms a container that holds the air for the tyre.

Being a modern country and having modern roads, the speed limit in UAE is very high that’s mostly used tyres in Dubai are tubeless tyres with increased safety Reduced risk of accidents due to a sudden air leak If a tyre is damaged, the air leak is slower. B. air can only escape through the puncture site; It gives the driver plenty of time to check the vehicle, unlike a flat tubular tyre. Better fuel efficiency the low weight of the tubeless tyre translates into better fuel efficiency. Less risk of damage in the event of a breakdown No immediate loss of air better heat dissipation Air in direct contact with the rim Cost savings on the tube No tube required No tube related problems Tube not available Less counterweight required No imbalance due to tubeless tube Tyres are effective on normal wheels even without magnetic (alloy) wheels.


Book service at your nearest location! 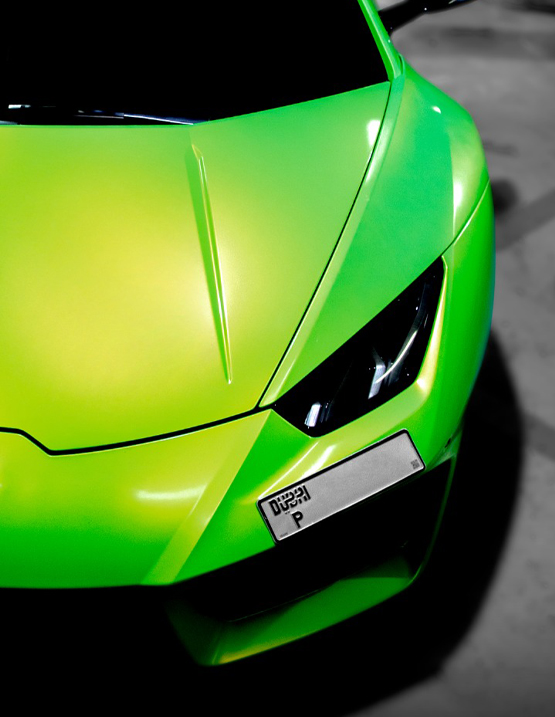